Holloman “Legacy of Liberty” Air Show slated for May 2022

FOR IMMEDIATE RELEASE December 20, 2021, Holloman “Legacy of Liberty” Air Show slated for May 2022

HOLLOMAN AIR FORCE BASE, N.M. –The 49th Wing is proud to announce the Legacy of Liberty Air Show slated for May 7, 2022.

The headlining act will be the F-35A Lightning II Demonstration Team and will be a celebration of the Air Force’s 75th Anniversary with participation from legacy trainer aircraft from World War II to the present day.

The event will also include a variety of entertainment and activities for the whole family including a kid zone and a Science, Technology, Engineering, and Math (STEM) area.

The air show will showcase the mission and capabilities of the U.S. Air Force and Holloman AFB through static displays and aerobatic performances. Guests will also be able to interact with Holloman Airmen responsible for executing the wing’s mission of building the backbone of combat airpower.

For more information about the air show, visit https://www.holloman.af.mil/open-house, the Holloman Air Force Base Facebook page at https://www.facebook.com/HollomanAirForceBase/ or contact the 49th Wing Public Affairs Office at 575-572-7381 or 49wg.paoffice@us.af.mil 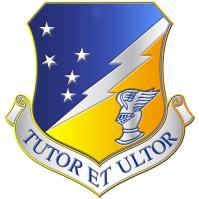